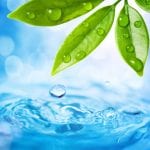 “Wearing that is not the best idea! What will people say?”

“Just trust me it will purify what is within me.”

Let us skip the formal introductions, though I would still like that you know my name, though as convoluted as it may seem I do not want you to know my name so, with that said you may remember me as Miracle. In order to establish my story, you will need to know that I have grown up in an Islamically oriented household, and that is where it all begins.

Growing up I would say that I had a rather amazing childhood for many reasons, for instance, my parents had left nothing for us to yearn for; they gave us their love, affection, and material things that we desired, but little did I know that there was still a longing for something so small yet so big that was in the depths of my heart.

Days lead to months and months lead to years I was now at the age of nine and the longing that I had once felt was slowly getting buried amongst all of the other emotions that I was starting to feel. I soon became content with whatever it was that occupied my mind and time at that age of youthfulness that is until the trip that changed it all. My mother’s youngest brother was getting married to a woman that he met at his workplace in London, England thus we were preparing to go attend such a momentous occasion to see the binding of two people. Honestly, speaking at the age of nine going to England for a wedding was a blissful occasion, but reflecting back now I would not have been able to fathom that the most significant events of my life would unfold from someone else’s wedding.

My first impression of my uncle’s wife to be and her side of the family was that she was really pretty and both cultured and religious. She was from Pakistan such as us, practiced the religion of Islam, and what heavily caught my attention was that she along with all of the other women in her family wore the hijab.  Furthermore, I found this most intriguing as many women though Muslim would prefer showing their hair on their wedding day; you know it being such a beautiful occasion and all. I clearly remember this moment as if it was only yesterday, my uncle’s side of the family was entering this large venue, that was decorated with very simple yet ethereal decor pieces. The bride’s side had entered before us and it felt as if there was a huge barrier the size of the twin towers that stood tall and strong in between the two families, the differences of how we perceived the same religion was very drastic. My uncle’s side of the family was obviously seen as more modern, the women were wearing beautiful dresses, makeup done to the fullest, and their flowing softly, but with all the hair spray the curls were unshaken.  I felt oddly uncomfortable I remember taking the chiffon scarf that was loosely hanging at my shoulder and wrapping around my hair; my efforts were futile since the scarf was next to see through. Then to make matters even worse my aunt said to me, ” oh, child take that off your head you’re going to ruin your straightened hair,” I obeyed and it was at this point in time where I felt like I wanted to sink into the ground where no one could ever find me. After the festivities had come to an end I went back to my home and a few months had passed since my trip to England, but the thought of the hijab never left from my mind nor the feelings from my heart.

Moving forward in my young life I had become more and more attached with the idea of this beautiful head covering and the reason behind it, which is that in Islam God wants women to protect what has been purified within them this in no way is a shackle to your life, in fact, it results in enlightenment. Prior to my own day of reckoning, I used to teach at an Islamic school and it was an amazing experience teaching children about our religion what to do what not to do, and I wore my hijab when I went there, but every time I would be told to take it off when I went home from the Islamic School. Many people would say that “You are not of the age where the hijab is obligatory, you have time just relax”  I would then reply with “That is true, but what if when I am of the age I no longer have this feeling anymore, then what?” My response tend to leave these people with both confusion and concerns, but internally I think they all knew what I was trying to convey.

The day had come I made the boldest decision of my life and wrapped my scarf-covered every strand of hair and prepared to go to school. In the beginning, my family was not entirely on board with my decision because they did not want my act of holiness to become something I regret in the future. Soon they too accepted my decision and were no longer worried about me, however, other people in my life did present an obstacle that I faced. For example, we are friends with this family that we have known for over 15 years now and when I first started to wear the hijab the mother would often say, “Oh dear you can take that off here we are all family.” She would often say this to me because in front of your family members you are not obliged to wear the hijab, however, these people biologically were not my family members they were merely close friends of ours. Also, many of our friends would say  “ Oh Miracle has become an extremist she needs to relax,” these comments always aggravated me as a child to the breaking point almost as if there is a glass of water that is filled to the brim it slips from your hand and shatters letting the water settle at your feet and glass shards to scatter every where. In addition, I was only practicing the religion that I have been born to follow what could possibly be extreme about that? Thus when we went to any of these places I was pressured to take it off, but soon I was able to decline kindly and fight for myself also I was able to establish that it is better to do what is right regardless of what others have to say.

I share this story with many hopes that you as the audience understand that women wear the hijab for a specific purpose and acknowledge that when a religion is being practiced by an individual and they have their own personal values and ways to express it do not insult them, pressure them, hell even harm them. To anyone that may have any kind of difference be it a mental disorder, physical disorder, or a different ethnicity do not attempt to mold someone as if they are clay into a shape of your choice we all have our experiences that guide our future choices and that is something we all need to understand.